One rupee clinic again showed amazing, delivery of woman at railway station. The woman has given birth to a child at the most crowded Panvel station in Mumbai. 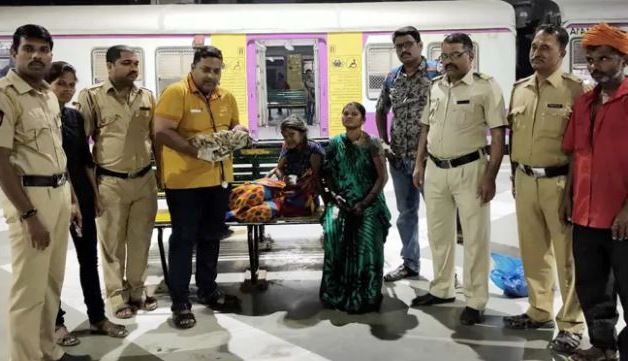 A woman has given birth to a child at the most crowded Panvel station in Mumbai (Mumbai) on Thursday morning. According to the news agency ANI, the woman was going from Nerul towards Panvel when she started having labor in the middle way. However, the doctors and the staff of the ‘One-Rupee Clinic’ of the railway reached the place to rescue the woman and helped her to give birth to the child. At the moment, both the woman and her baby are healthy and both have been shifted to a hospital.

Explain that after an order of Bombay High Court, Central Railway and a medical firm of Mumbai jointly started this 24×7 ‘One Rupee Clinic’. In this clinic, only one rupee is charged from the railway passengers. Blood pressure is checked here for free. Also, the cost of other types of medical tests is also very low.

Real photos of Ranu Mondal’s makeup came out, this answer came on trolling

Ranu Mondal arrived at an event dressed up and walked the ramp. People made Ranu Mondal Memes and did a lot of makeup. But let us tell you, the photo...Read more !

The Supreme Court has given its historic verdict on Saturday (Supreme Court Judge on ayodhya). Ram mandir will now be built on the disputed 2.77 acres of land. Supreme Court...Read more !

Sunny Leone Viral Video: Sunny Leone has shared a very funny video during the shoot on her Instagram account. Sunny Leone is sitting in a water tub in this video,...Read more !