UP (Uttar Pradesh) girls are one of the most prettiest angles in the India. They have hot, elegant bodies and delicate appearance. Here is a list of the top 10 most beautiful Uttar Pradesh (UP) actresses, all these actresses are elites in Indian entertainment industry.

Uttar Pradesh (UP) has seen a growing number of outstanding and new generation world classy girls. Along with their most accomplished counterparts, we have picked 10 Uttar Pradesh (UP) actresses whom we think every filmmaker, and anyone who is interested in the Indian film industry should know. These talented women are recognized for their achievements in film and TV, popularity, social influence, international recognition, commercial value, and potential to contribute to the film industry.

Top 10 Heroine And Actresses of UP – Index 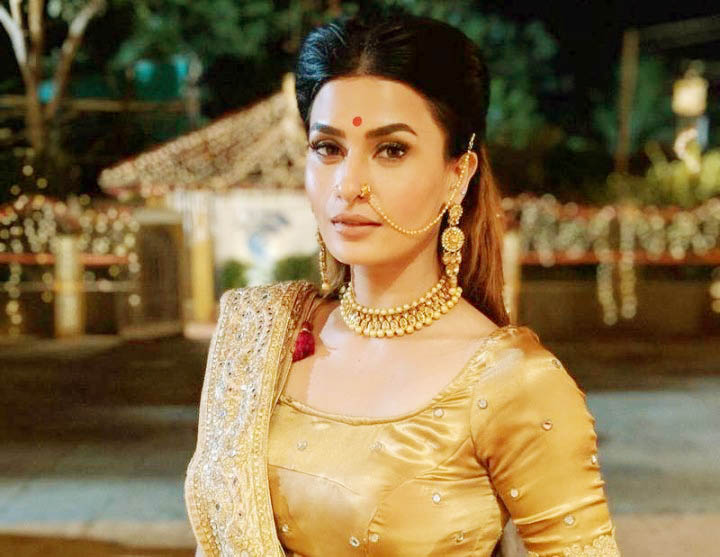 Pavitra Punia was raised in Delhi (Police Lines Quarters Pitampura) and was born as Neha Singh on 22 August 1988 in Hisawada, District-Baghpat (U.P.). She has one brother, Anurag Singh. Her father Kushal Pal Singh is in the Delhi Police, and her mother Suman Singh is a housewife. She did her schooling at Abhinav Public School Sector-3 Rohini New Delhi. She wanted to be an IPS Officer and received 1.5 years coaching for it, along with her graduation. She also did a Diploma in Hospitality & Aviation, and joined Kingfisher Airlines before getting into acting.

Pavitra Punia (born Neha Singh on 22 August 1988) is an Indian television actress. She is known for portraying Nidhi Chhaabra in Yeh Hai Mohabbatein and Geet Dhillon in Love u Zindagi. She participated in Splitsvilla 3. She also played Simran Ahluwalia in Sawaare Sabke Sapne… Preeto and Paulomi Roy in Naagin 3. She has also worked in Honge Judaa Naa Hum as Anushka. Kavach… Kaali Shaktiyon Se as Ritu, Chandrika in Daayan. She is currently seen playing an evil fairy named Timnasa in the 2nd season of the popular SAB TV sitcom Baal Veer , Baalveer Returns. 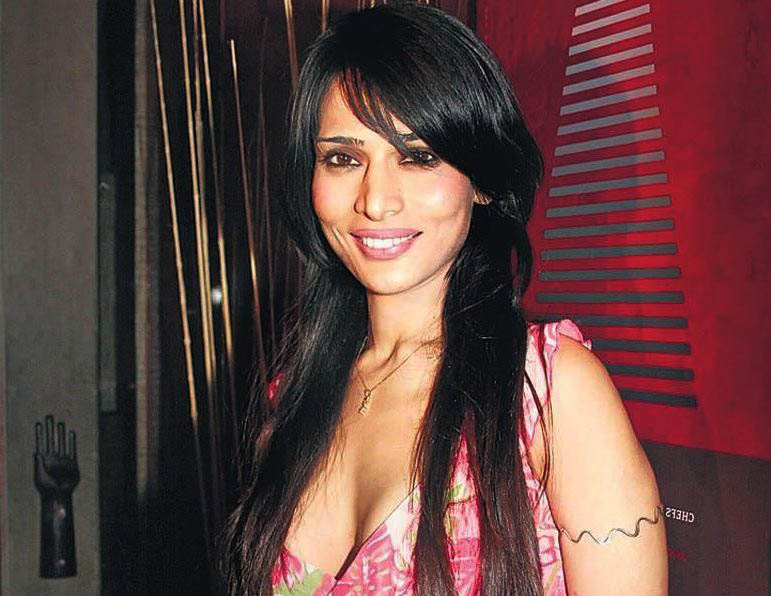 Anupama Verma is a model, actress, and television personality from Lucknow. She was a contestant in the reality show Bigg Boss in 2006. She was the main lead in the song Biddu Boom boom, sung by late Nazia Hassan. She has also acted in many movies and TV commercial. 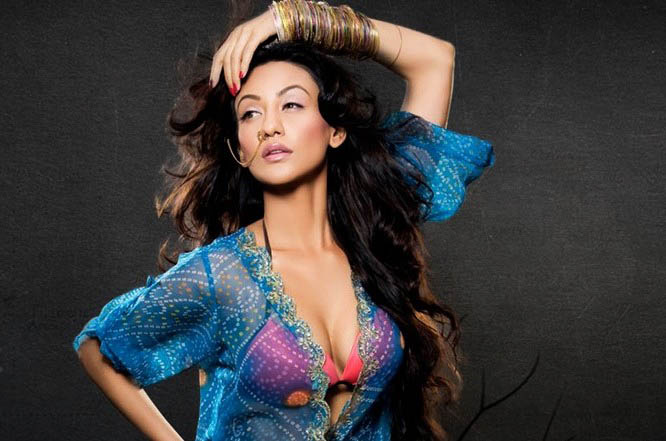 Singh starred in a touring production of Taash Ki Patti, a play by Kadar Khan that was taken around India and also presented in Dubai. She won a national swimming scholarship from the Sports Authority of India and also took part in various theatre productions. Singh won the Channel V India television show India’s Hottest in its 2008-09 season. Although it was reported in 2009 that Singh’s first feature film would be Shabaash – You Can Do It, The Times of India notes that her first released film was Bhindi Baazaar Inc. (2010). Post Bhindi Bazaar INC Vedita was the female lead of Mumbai 125 KM directed by Hemant Madhukar. Vedita also played the character of a cop in SuperCops vs Supervillains She is playing a journalist character in Shailendra Pandey’s upcoming Hindi feature film JD. This film is based on the Indian print media. 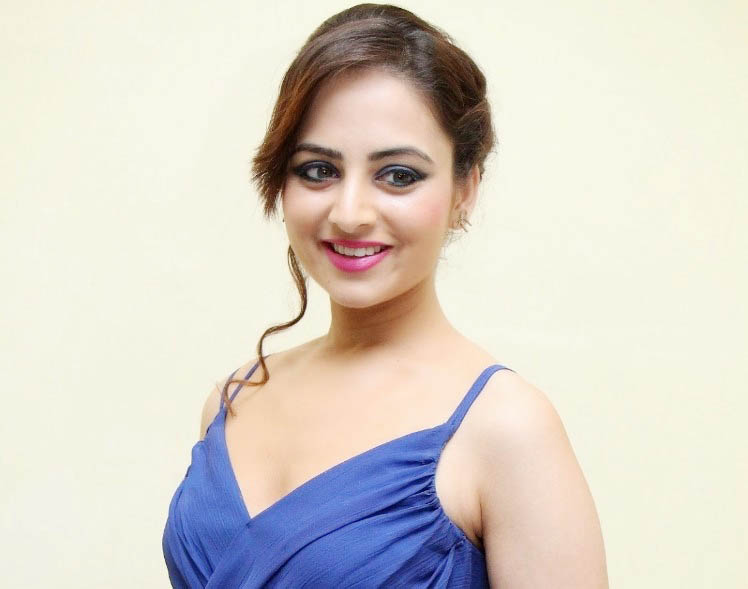 Zoya Afroz was born in Lucknow, Uttar Pradesh India. She has done her schooling from R N Shah High School, and attended Mithibai College in Vile parle Mumbai, for her graduation. 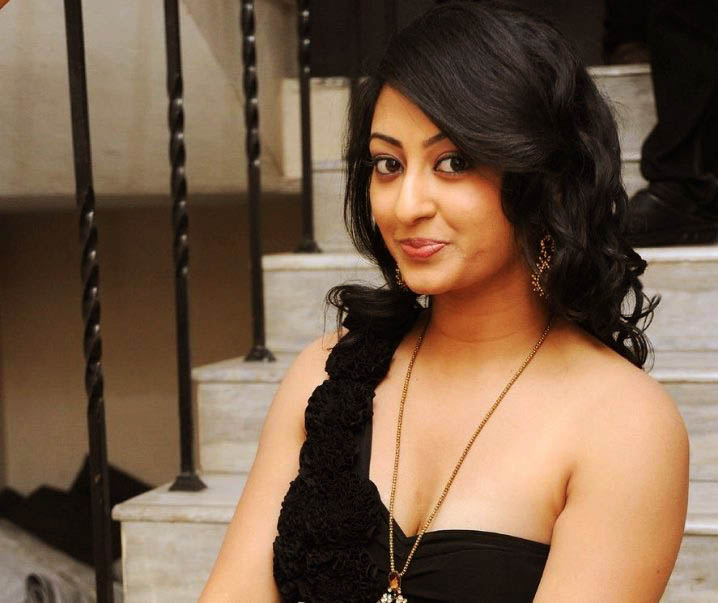 Tejaswini Singh is an Indian model and journalist and beauty pageant titleholder, who was crowned Mrs. International 2018 and Mrs. Global International World 2018.

Tejaswini Singh was born on 13 December 1989 in Faizabad, Uttar Pradesh. She originally hails from Deoria. She completed her graduation in 2007 from University of Lucknow. 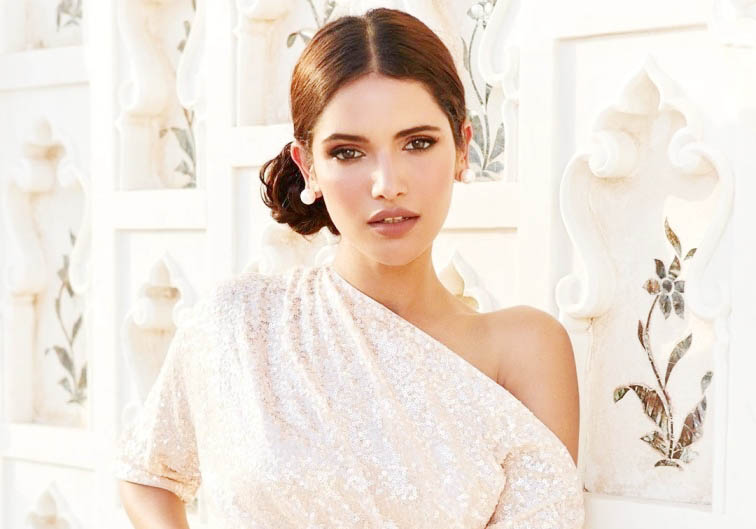 Vartika Singh is an Indian model who was crowned as Femina Miss Grand India 2015. She went on to become a Kingfisher Calendar girl in 2017. Men’s magazine GQ India had ranked her among the hottest women of 2016. Miss India Organization appointed Vartika as Miss Universe India 2019 and she will represent India at Miss Universe 2019.

Vartika Brij Nath Singh was born on 27 August 1993 in Lucknow, Uttar Pradesh. She did her schooling from Canossa Convent School, Lucknow. She received her Bachelor’s degree in Clinical nutrition & Dietetics from Isabella Thoburn College. She holds a Master’s degree in Public health from the University of Lucknow. 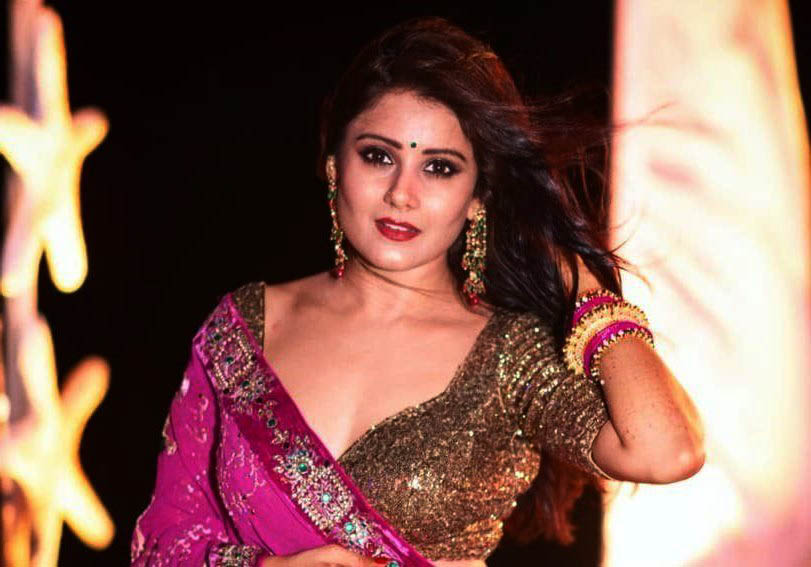 Archana Gupta (also known as Archanna Guptaa, born March 1, 1990) is an Indian model and film actress. She is based out of Mumbai. She has acted in Tamil, Kannada, Malayalam, Telugu and even a Russian film. She recently acted in a web series called Poison for Zee5 along with Arbaz Khan, Rimi Sen, Freddy Daruwala, Tanuj Virwani & others. Archana Gupta also played a lead role in short film Banjar alongside Maniesh Paul. She has also been participating in stage shows.

Passion for acting and dancing pulled Archanna in to this profession at a very young age when she debuted with a Telugu film Anandmaina Manasulo. Ever since Archanna has acted in several films including a Russian film. Archanna was born in Agra and later moved to Mumbai to establish her career as a model and a film actress. She has one sister Vandana Gupta who is also an actress. 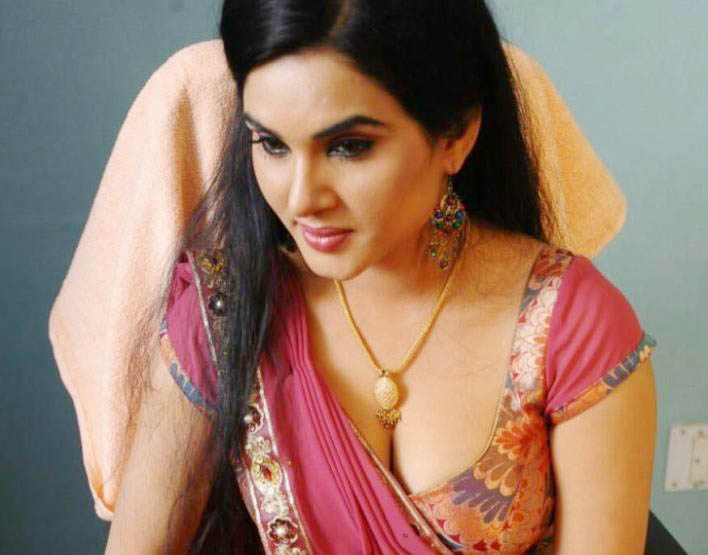 Aparna Sharma (born 23 July 1990) is an Indian model-turned-actress. She was born in Lucknow and brought up in several parts of India. Sharma completed her secondary education from The Air Force School, Delhi, and her graduation from Delhi University. Sharma got signed by the Elite model management company, which was the start of her modeling career. After her stint in the modeling industry she did her first film Rum Pum Posshh, directed by Sam Shauzab Khan and produced by Shailesh R. Singh. The movie is slated to release in 2015. However, her debut film is Guddu Ki Gun, directed by Shantanu and Sheershak and produced by Eminox Media, slated to release on 30 October 2015. The trailer was released on 5 October 2015. 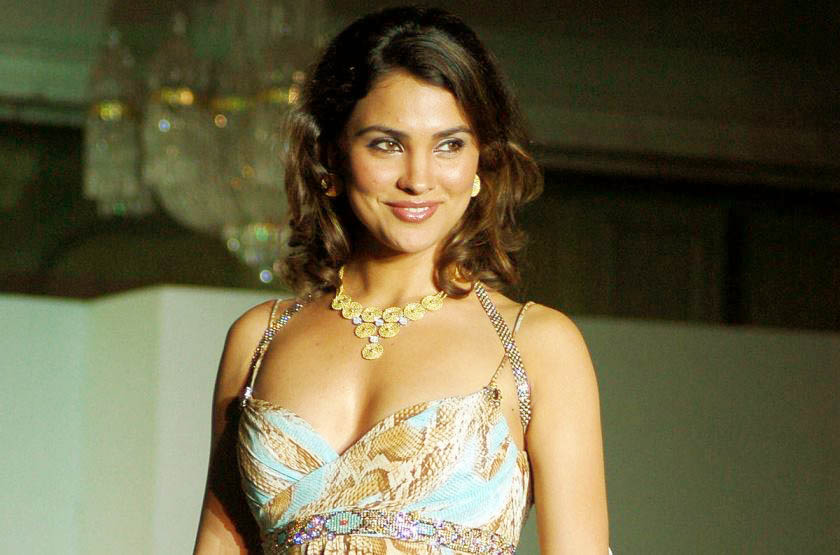 Lara Dutta (born 16 April 1978) is an Indian actress, model and beauty queen who was crowned Miss Intercontinental 1997 and Miss Universe 2000. In her career, Lara has primarily worked in Hindi films. She is the recipient of several accolades including a Filmfare Award.

Dutta was born to a Punjabi father and an Anglo-Indian mother in Ghaziabad, Uttar Pradesh. Her father is Wing Commander L.K. Dutta (retired) and her mother is Jennifer Dutta. Her eldest sister Sabrina, is a freelancer in English Communication skills and her other elder sister Cheryl Dutta served in the Indian Air Force. Nitin Sawhney, who is a music composer and DJ is Dutta’s cousin. 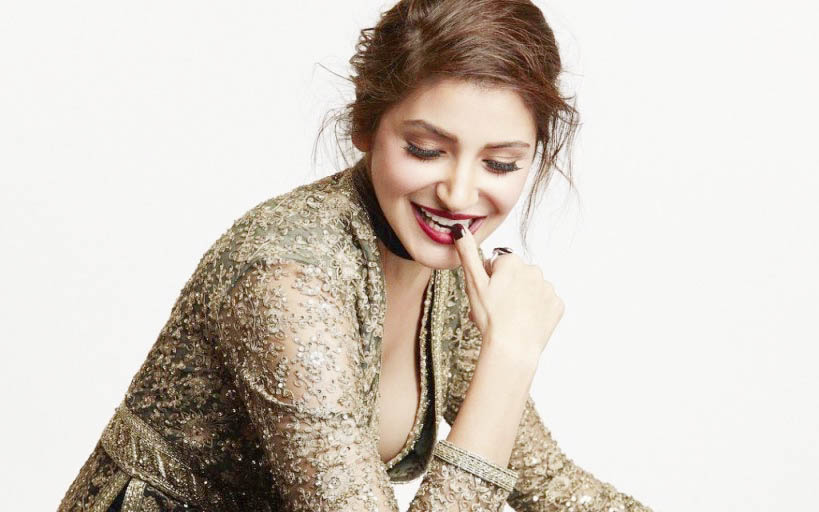 Anushka Sharma (born 1 May 1988) is an Indian actress and film producer who works in Hindi films. One of the most popular and highest-paid actresses in India, she has received several awards, including a Filmfare Award, and was featured by Forbes Asia in their 30 Under 30 list of 2018.

Born in Ayodhya and raised in Bangalore, Sharma had her first modelling assignment for the fashion designer Wendell Rodricks in 2007 and later moved to Mumbai to pursue a full-time career as a model. She made her acting debut opposite Shah Rukh Khan in the highly successful romantic film Rab Ne Bana Di Jodi (2008), which earned her a Filmfare Award for Best Actress nomination. She rose to prominence with starring roles in Yash Raj Films’ romances Band Baaja Baaraat (2010) and Jab Tak Hai Jaan (2012); the latter, in which she played an aspiring filmmaker, won her a Best Supporting Actress award at Filmfare.

Actors and Actresses From Uttar Pradesh (UP)

Nothing ever beats the smile of a newborn baby growing rapidly in life. Small tidbits of the small newborn, have a vision to die for gesturing in a simple way...Read more !