Home » Question » How To Smoke A Cigar

If you are new to cigar, you may have heard stories about it. Well, I don’t know the version you have listened to, but let me tell you that cigar is a living thing for living people. The cigar is for people who love life, those who are in control of what they do: the business executives, successful professionals, and celebrities and the icons of their industries. The living adores cigar to relieve stress, enable to think and solve problems.

How To Smoke A Cigar Properly

1. Select A Cigar Based On The Amount Of Time You Have To Enjoy It

How do you decide what cigar to smoke? Choose a cigar based on the amount of time you have to smoke it. Top of the line premium cigars are meant to be enjoyed in one sitting. Time is everything when trying to figure out which type of cigar to smoke. If you are short on time and still want to enjoy a cigar, choose a short robusto cigar or a petit corona cigar. If you have generally 1/2 hr to 45 minutes to sit and relax with a cigar, grab a Robusto, Toro, or a Corona Gorda cigar. For those 1 hour or more sessions, you must smoke the classic Churchhill cigar or a torpedo cigar.

When deciding which what type of cigar to smoke, look at the length of a cigar. It is best to choose longer cigars, rather than short cigars. Short cigars become hot quicker and their flavor won’t develop enough. On the contrary, longer premium cigars contain long-filler tobaccos. Long-filler tobacco in cigars are basically whole tobacco leaves that run the length of the cigar. The left over oils move through the fillers as you smoke the cigar and are kept within the filler. This makes a much bolder, taste. 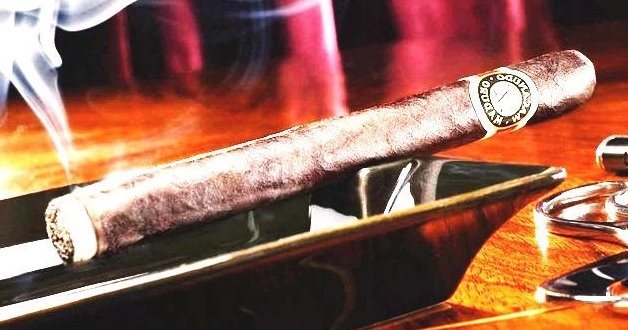 3. Darker Cigars Are Not Always Stronger

You are not smoking a cigarette, or trying to get high on marijuana, you are smoking a cigar. The flavor of a cigar is meant to be enjoyed on the palate. So how do you smoke a cigar without inhaling the smoke? Like drinking from a straw, you simply create suction in your mouth, pull the smoke in then expel the smoke out through your mouth. Simple. 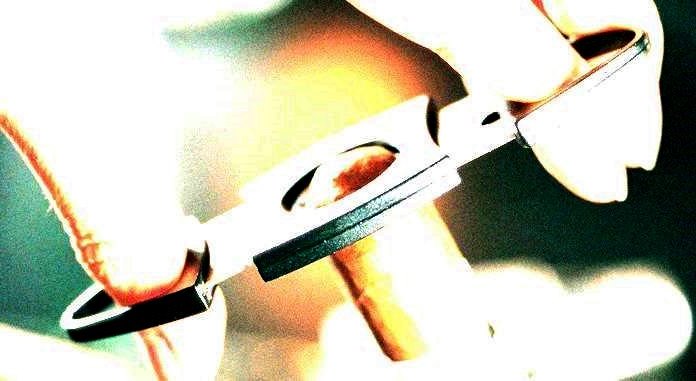 5. Best Way To Cut A Cigar: The Straight Cut

How do you cut a cigar? Take a double guillotine cutter, open the blades and place it flat on a table. Hold the cigar with the foot (open end) up, and place the closed end into the cutter’s hole until it hits the table. Now cut. This will ensure you get the best cut to enjoy your cigar.

How does one smoke cigar properly?

Smoking a cigar is a process and can be a little daunting for beginners, but it really is easy. I’ll describe the steps in general terms.

Cut the cap on the cigar

The first thing you’ll need to do is cut the cap on the cigar. The cap is the closed end where you draw the smoke through, the end you light is called the foot. There are a few different ways to cut a cigar: you can use a straight cut with a guillotine, slice a ‘V’ shaped chunk out with a V-cutter, or punch a small hole with a punch cutter. You want to make sure you don’t clip too much of the cap, because if you do the cigar will start to unravel.

Great! Now we have a clipped cigar, we can move on to lighting. Lighting the cigar is one of the most important aspects because if the cigar is not lit properly the cigar will burn poorly and may go out. Like cutting there are a few different tools you can use to light the cigar, I’m going to talk about what I consider the best methods: a cigar torch, a soft flame lighter, and a match. Make sure whatever lighter you use is a butane lighter, do not use fluid lighter (like a Zippo) as the impart an off flavor. I like to use a combination of a torch and soft flame, using the torch to ‘toast’ (a light char) the end of the cigar and then the soft flame to get it going. Make sure when you’re lighting the cigar you’re taking taking deep draws (do NOT inhale) and rotating the cigar as you’re lighting. Once the whole foot is glowing you’re all lit!

Sit back and relax

So, the cigar is lit and now we can smoke! At this point all you have to do is sit back and relax, take a draw or two once or twice a minute and enjoy. Remember, do NOT inhale, smoking a cigar is like drinking through a straw, you’re pulling the smoke into your mouth and blowing out, not into your lungs.

This description was pretty general so feel free to ask any questions and I will fill in more details.

How much money do YouTubers make in 2020?

Hey, in terms of Youtube Adsense it really depends on how many people view your videos and watch your ads. This is how much I make on Youtube. There are...Read more !

How to become a real estate agent?

What is Sprinkler System? Types and Examples

How to Build Credit?

What is credit? In broad terms, your credit history and score tells a potential lender how reliable you are when it comes to paying your bills. In terms of rent,...Read more !