Sonakshi Sinha is often on social media for her fashion and style. Recently her sari look has received a lot of accolades. The special thing is that in the saree look, her soft glam makeup and light jewelery is getting much appreciation. During this time, Sonakshi has worn five color sarees including Hot Pink, Purple, Orange.

Sonakshi’s purple and orange color saree look has been liked the most. In both saris, Sonakshi is wearing a sari in a modern style look with a half sleeves blouse. Perper sari is studded with pearls, then pearls are embroidered in the ore blouse. She is wearing long earrings and finger rings along with light makeup.

Sonakshi Sinha’s hot pink color saree has been the most liked. Sonakshi’s jewelery and blouse have been praised in this look. Sonakshi is wearing a large ring in earrings and right hand finger with a sleeveless embroidered blouse and light makeup. 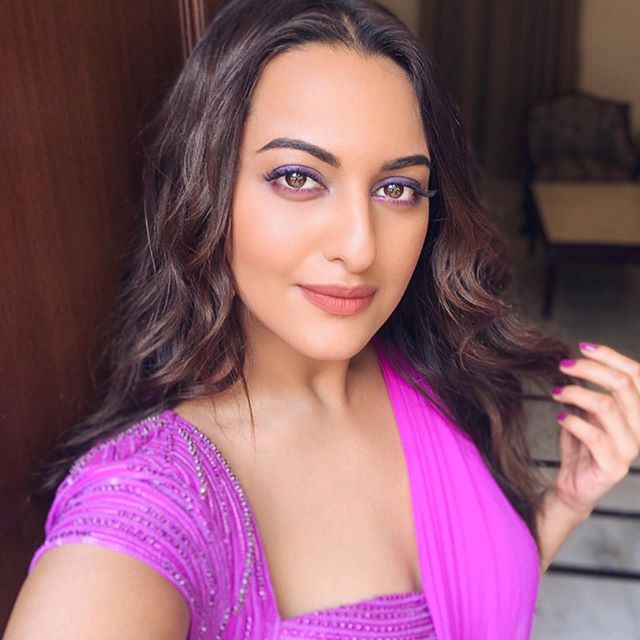 Sonakshi has worn all these saris during the shoot of the song Yunkar, from the film Dabangg 3. His fashionable style has been styled by famous fashion designers Ashley Rebello and Seema Khan. Sonakshi has appraised Heema Dattani and Madhuri Nakhale for her makeup and hair style. 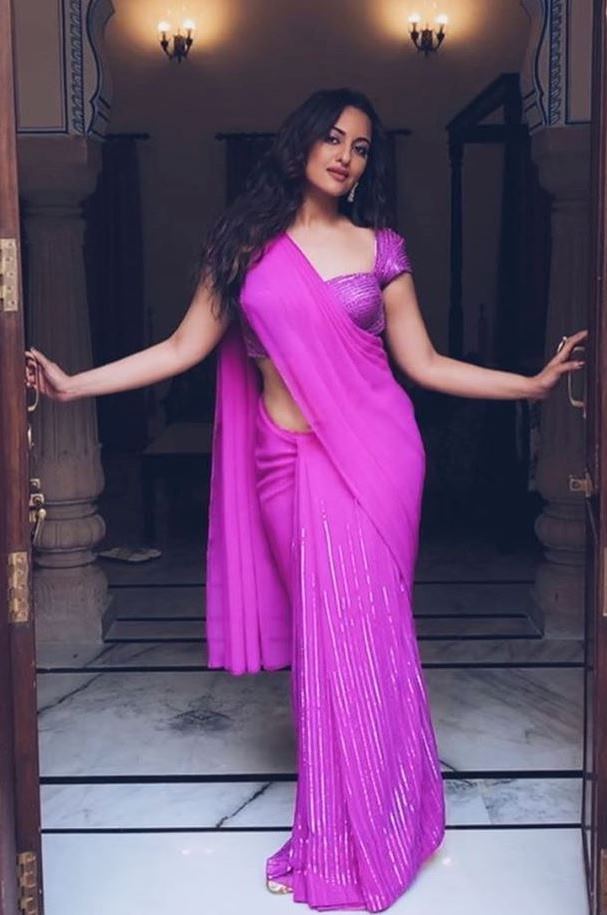 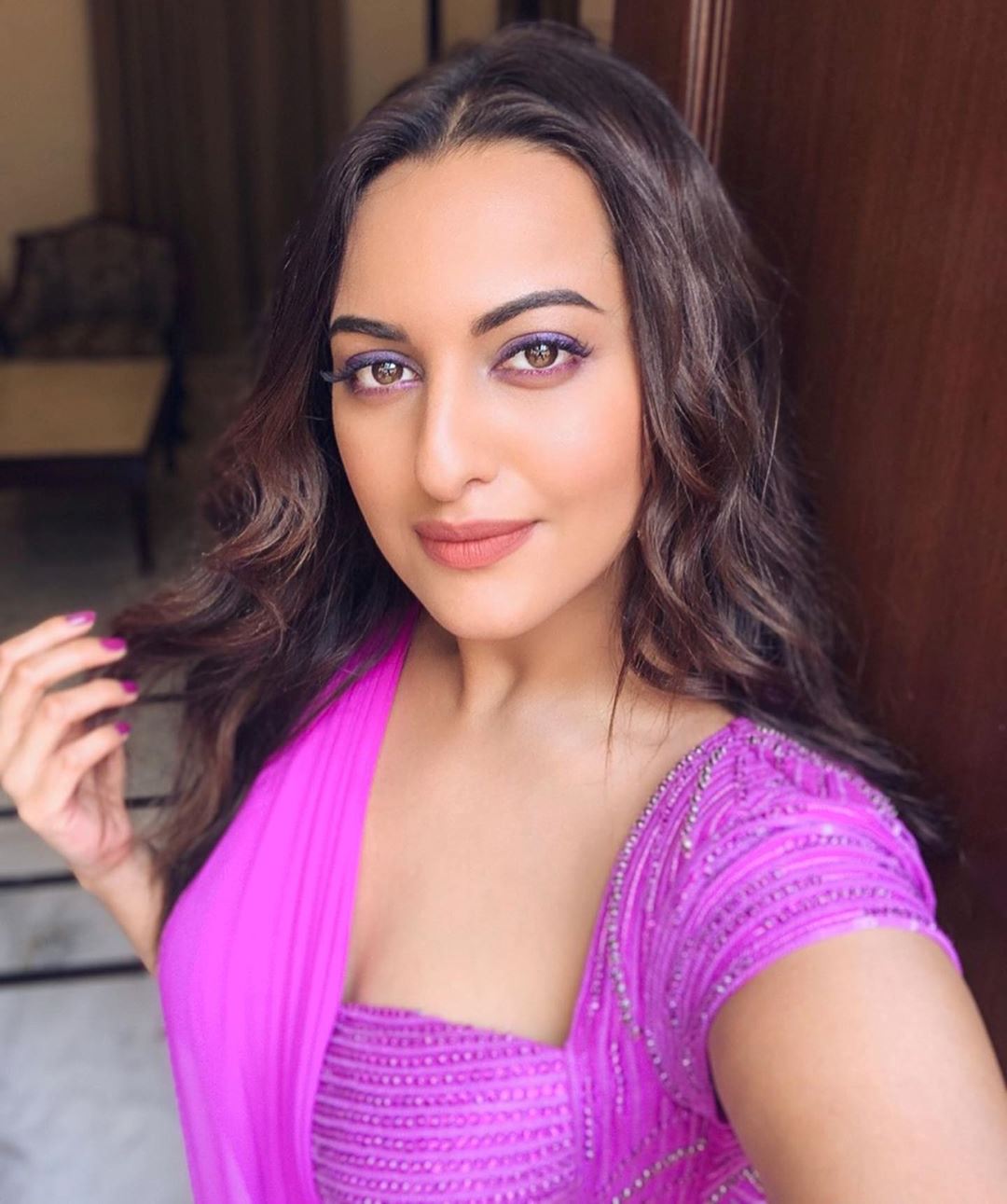 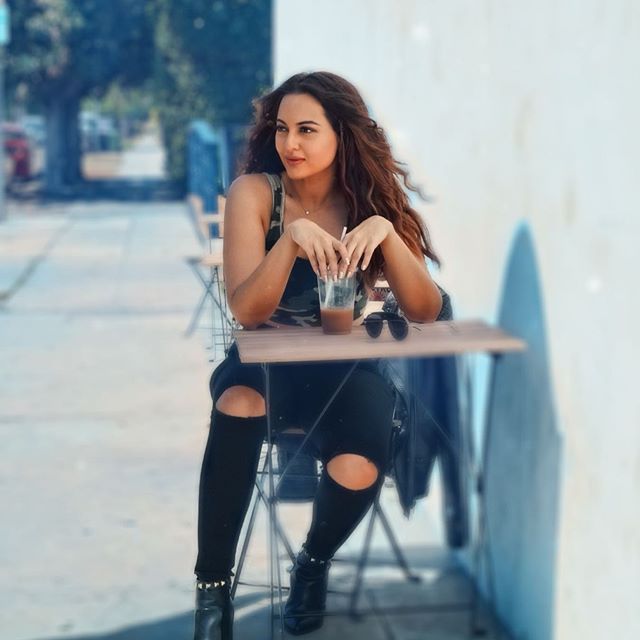 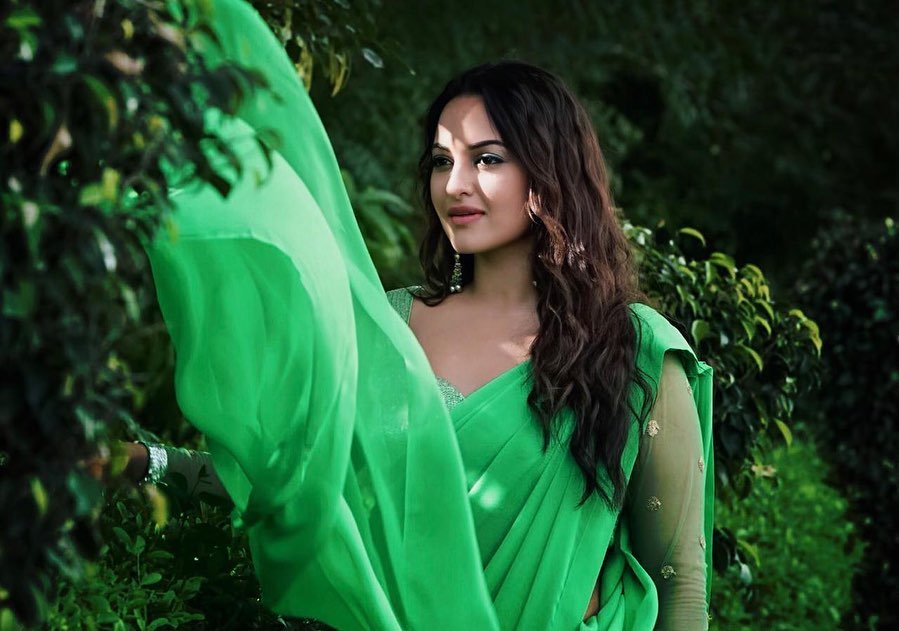 The colors of #YuKarke!!! Love how 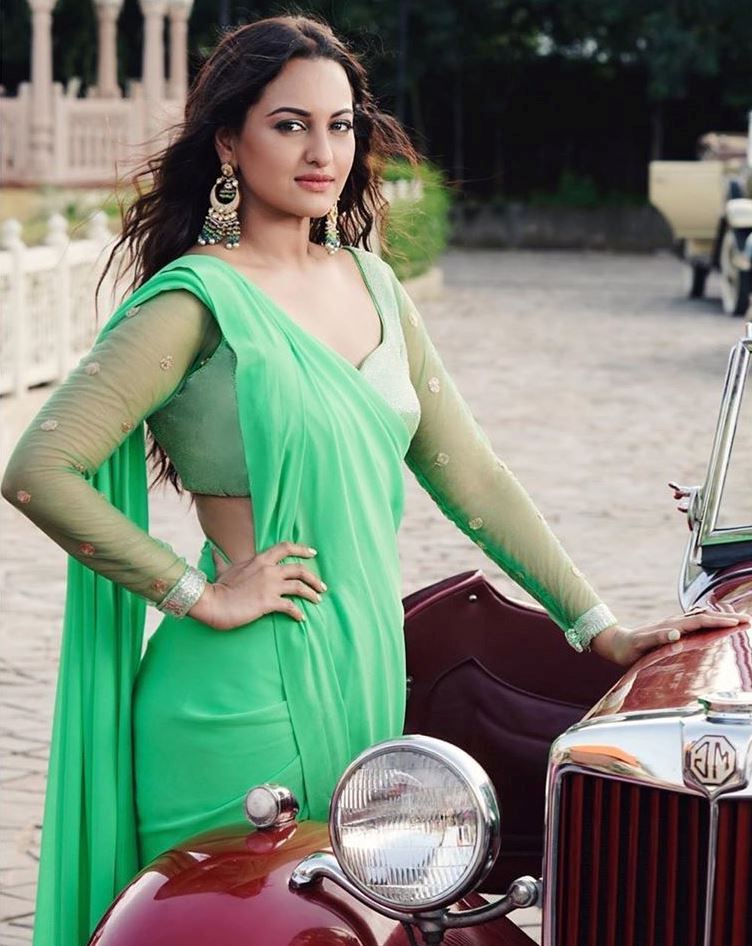 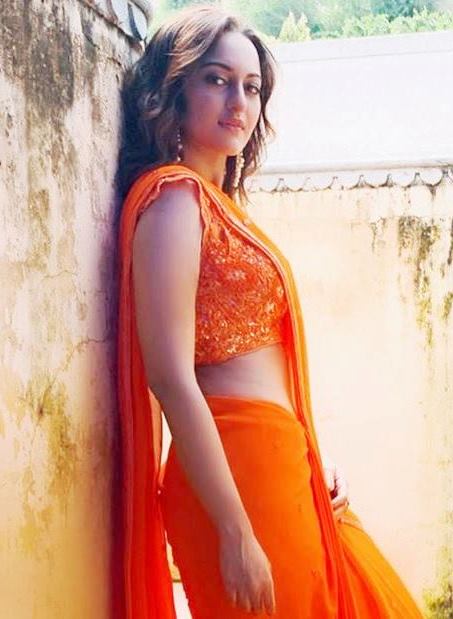 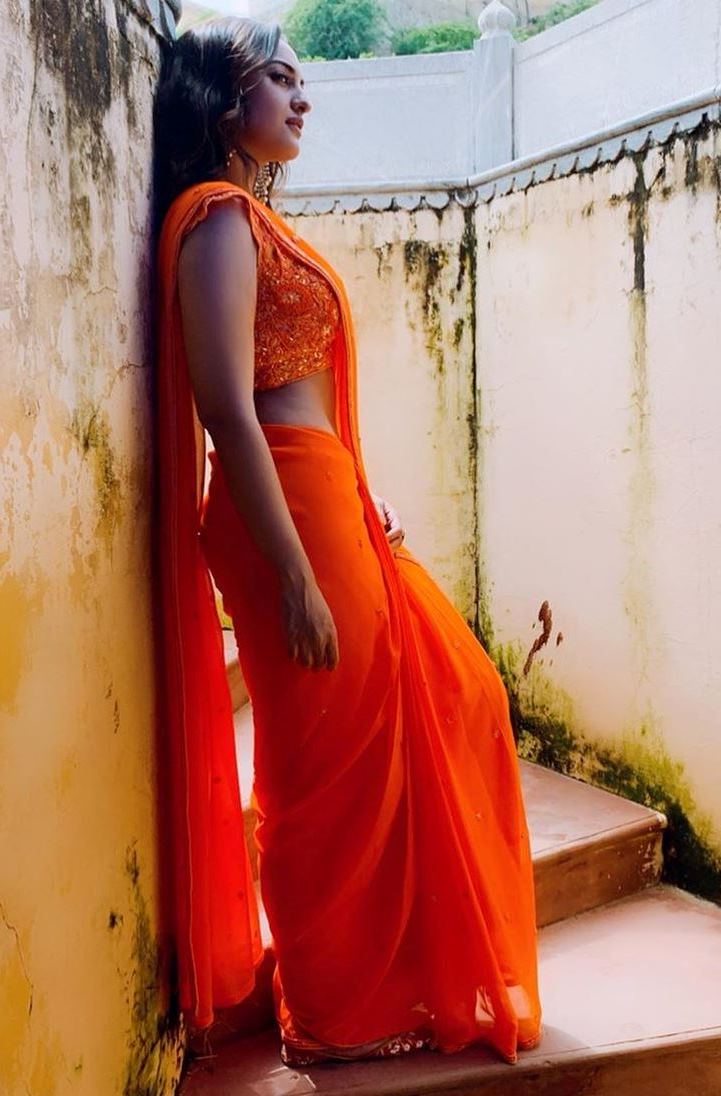 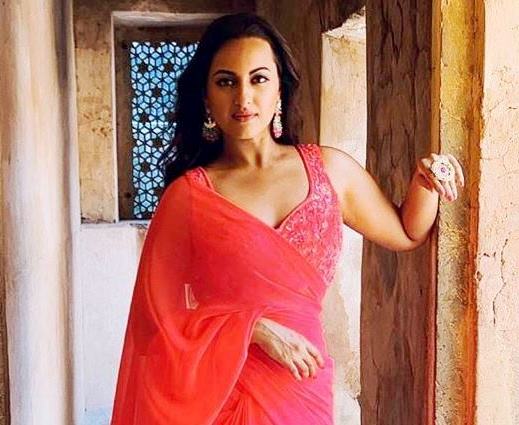 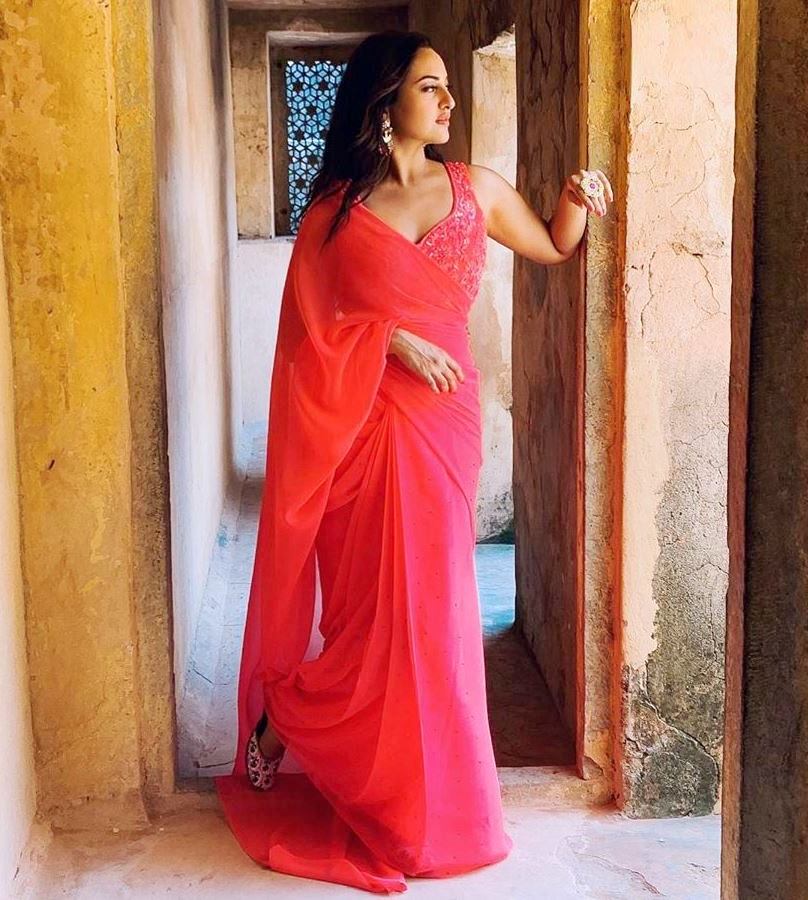 The colors of #YuKarke!! #Rajjo rani in royal purple!! #heemadattani and #madhurinakhale did an awesome job styling my hair and makeup for this song! Outfits by @ashley_rebello1 !